The RF Connect executive team offers great expertise in the wireless network arena specifically in the areas of engineering design and the need for engineering, design and project management. Our leadership strength has enabled us to be in the forefront of wireless technology. Read more about our team here.

President, RF Connect | View LinkedIn profile »
Leonard Kruszewski is an experienced executive who has worked in the private entrepreneurial environment for most of his career. He joined Clover Technologies at a time when it had only 7 employees and operated from a sole location. As a result of his leadership, Clover grew to obtain consistent revenue of over $100M dollars per year, and to employ over 450 employees at 8 locations nationwide.

As President, Chief Operating Officer, Treasurer, and a shareholder of the firm, Leonard led the successful negotiations and sale of Clover Technologies to SBC, a Fortune 500 company. He then went on to become an SBC executive with a focus on business planning, mergers, and operations in the communication and networking industry.

Leonard has served on several boards in the community, serving as chairman and trustee of a multi-employer pension fund. He was a founding board member of METC – a consortium of electronic and communications companies in Michigan, and a founding board member of Oakland County’s Automation Alley. Leonard’s current Board of Director appointments include Detroit Public Television and SCI-Novi. He is also actively involved in numerous other community programs.

Jeff Hipchen offers more than 20 years of experience as an executive and entrepreneur. Most recently, he became a Principal with RF Connect, a company focused on the design, deployment and support of high performance wireless networks and applications. Prior to RF Connect, he founded Digital Data Solutions, Inc., a Midwest Voice and Data Network solutions provider that grew to 7 offices in 5 states with over $20M in sales before being sold to CTS Companies in 2003. Jeff has also been an advisor to several start-up companies, assisting them with the development of their business plans, funding and sales execution.

Throughout his career, Jeff has participated in several partner leadership councils including Ameritech, SBC, ATT and Cisco and was recognized by Crain’s Detroit Business Magazine as a “40 under 40” business leader. He also serves as treasurer on the executive board of the The Family Learning Institute.

Jeff has a Bachelor of Science degree in Engineering from Oakland University.

Josh Gerst has more than 15 years of experience in RF engineering and management in the wireless industry. He focuses on DAS system design and commissioning plus the optimization of both indoor and outdoor DAS. He has a broad background in DAS systems engineering design and implementation.

Prior to joining RF Connect as Vice President of Engineering, Josh was Director of Engineering at Powerwave Technologies where he focused on DAS design and deployment. He managed design engineering teams working in the U.S. and overseas.

Josh has worked in engineering and engineering management throughout his career at companies ranging from Metaware, a small start-up smart antenna company, to Ericsson, the largest wireless equipment OEM in the world.

Josh has a Bachelor of Science degree in Electrical Engineering from Iowa State University.

Joe Tieppo has more than 15 years of experience in the design, deployment, and management of RF technologies in the manufacturing and aerospace industries. Prior to joining RF Connect as Vice President of Operations, Joe was Senior Manager of Professional Services-Americas and APAC at Zebra Technologies, where he and his team focused on project management, design and deployment of three different RF technologies: ultra-wideband (UWB), ISO 24730-2 (WhereLan) and various passive solutions. As a result of his leadership, Zebra was awarded Boeing’s prestigious “Supplier of the Year-Safety Category” in April 2015. Joe’s team and Zebra were chosen as one of 14 Supplier of the Year recipients from a population of 22,000+ Boeing suppliers.

Joe brings 20+ years of management experience in large-scale projects, strategic direction and process improvement at companies ranging from small start-up companies such as Supply Solution and WhereNet, to larger companies like Electronic Data Systems, Federal Mogul and Zebra Technologies. He began his professional career as a software engineer at Electronic Data Systems.

Joe has a Bachelor of Science degree in Management of Information Systems from the School of Management at the University of Michigan.

Chief Innovation Officer, RF Connect | View LinkedIn profile »
As Chief Innovation Officer, Jeff Clark leads the development and delivery of new offerings at RF Connect, properly positioning the company and our clients for the critical trends of technology convergence that define our era in telecommunications. Since joining RF Connect in 2016, he has introduced our software-defined wide area mesh network that provides industry-leading monitoring and LTE transport connectivity for RF Connect’s clients nationwide. Jeff also champions RF Connect’s bold entry into the private LTE segment, which offers our clients the ability to strategically engage all aspects of private LTE network deployment, from compliance, to design, to construction, to ongoing managed network services.

Jeff is a veteran technology executive with a passion for building new technologies and launching new businesses, having founded multiple growth companies in fields as diverse as wireless broadband and military flight simulation. His wireless background dates back to the 1990’s when he founded one of the earliest business-class wireless ISPs. Prior to joining RF Connect, Jeff was a Director of Product Management at Zebra Technologies where he oversaw product management of the Motionworks product line, and the technology behind NFL’s “Next Generation Stats” program, which now tracks the position of every player, referee and game object in real time. While at Zebra, Jeff directed the design and production of the nationwide cloud platform and oversaw its deployment in production at all 31 NFL venues across two off-seasons.

Jeff graduated Upsilon Pi Epsilon from Radford University in Virginia with a Bachelor of Science in computer science. He and his family reside in Arizona.

RF Connect @RFConnectTech
1 year ago
Survey: What funding model approach do /will you take for in-building wireless? @REALCOMMtweet https://t.co/4N7tfx346U
View on Twitter 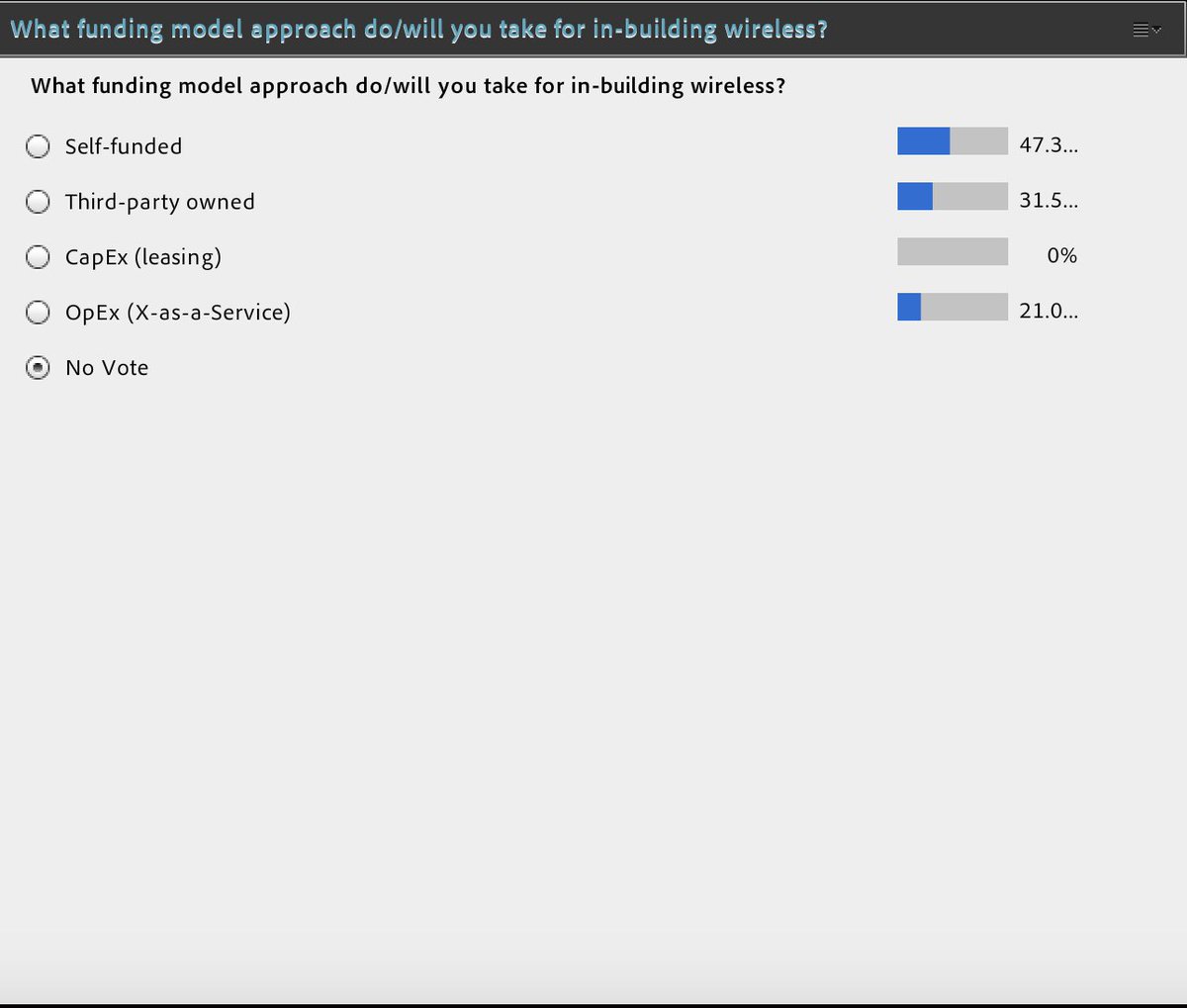 RF Connect @RFConnectTech
1 year ago
Survey: How do /will you address cellular coverage in your building? Pretty much a ball of confusion. @REALCOMMtweet https://t.co/40x4qxaYeV
View on Twitter 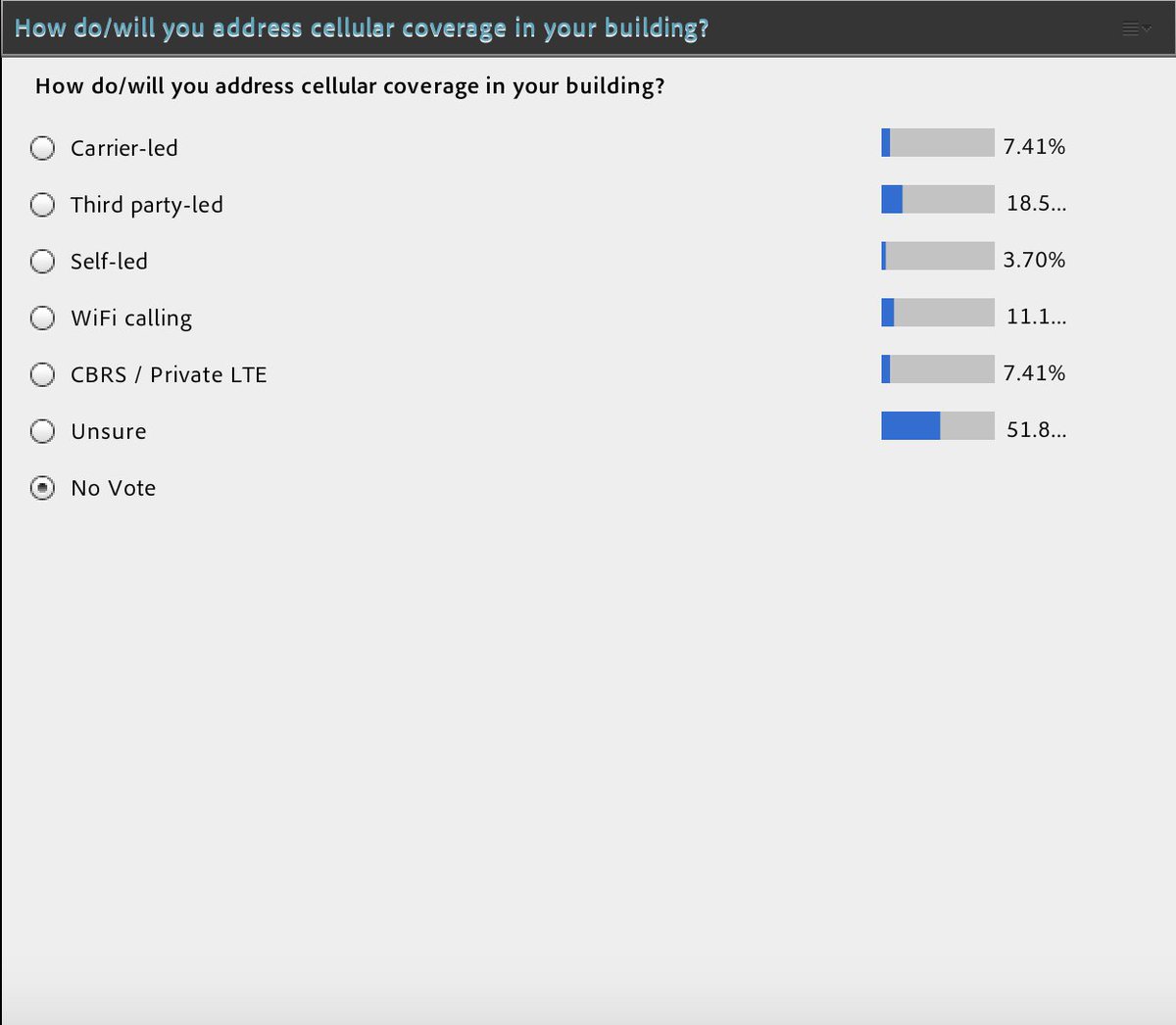 RF Connect @RFConnectTech
1 year ago
Survey: Which emerging technology confuses you the most? #CBRS

RF Connect @RFConnectTech
1 year ago
In a heterogenous network, multiple tools may support an application or service. For instance, #inbuilding smartphone coverage could be supported by #WiFi or by traditional licensed #cellular enhancement solutions or, in the future, by #CBRS-enabled networks.
@REALCOMMtweet https://t.co/JazTgHAEYP
View on Twitter 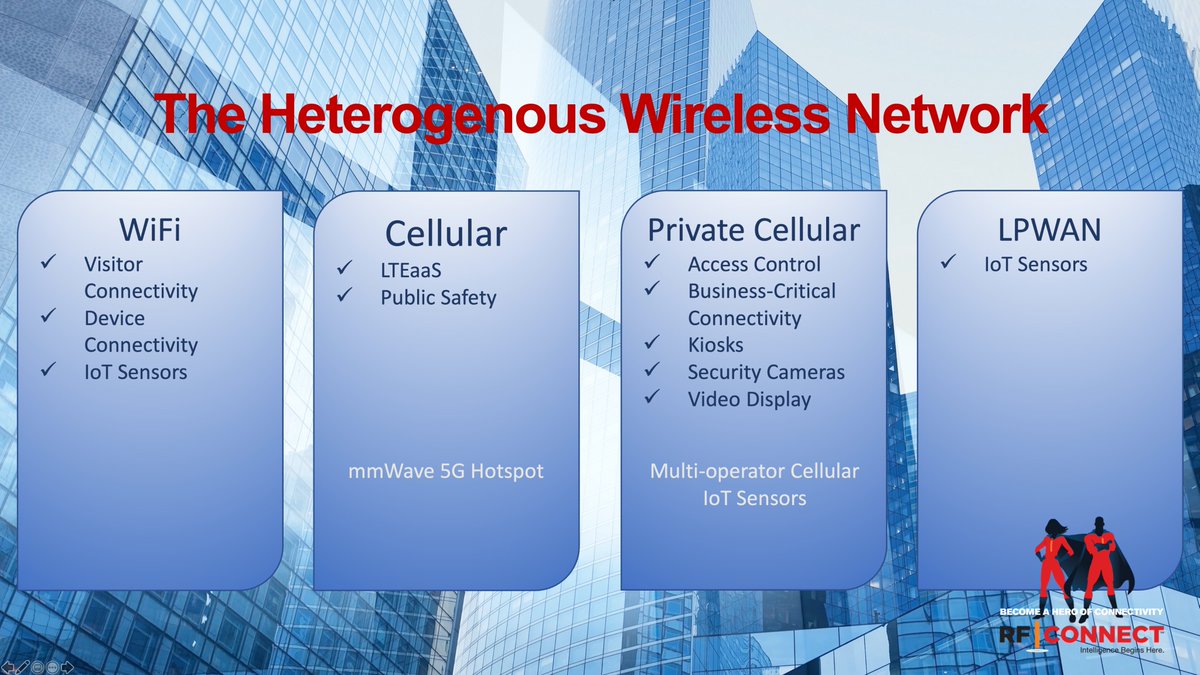 POWERED BY THE BRAND ARCHITECTS® AT SPIRO & ASSOCIATES